An An, the world’s oldest male giant panda in human care, was euthanized Thursday morning at Hong Kong’s Ocean Park.

The park said the 35-year-old animal – the equivalent of 105 human years – refused solid food and only drank water or fluids containing electrolytes.

The park added that the panda was mostly inactive before it died and staff provided medical attention to ease its discomfort.

“Unfortunately, but as expected, An An’s condition reached a humane end point on July 21, 2022,” Ocean Park said in a press release.

“Veterinarians from Ocean Park and the Department of Agriculture, Fisheries and Conservation made the difficult decision to perform the humane euthanasia procedure on An An after consulting with the Chinese Center for Conservation and giant panda research.

“An An is an indispensable member of our family and grew up with the park. He has also forged strong friendships with locals and tourists. An An brought us good memories with many heartwarming moments. His intelligence and playfulness will be greatly missed,” said Ocean Park Corporation President Paulo Pong. 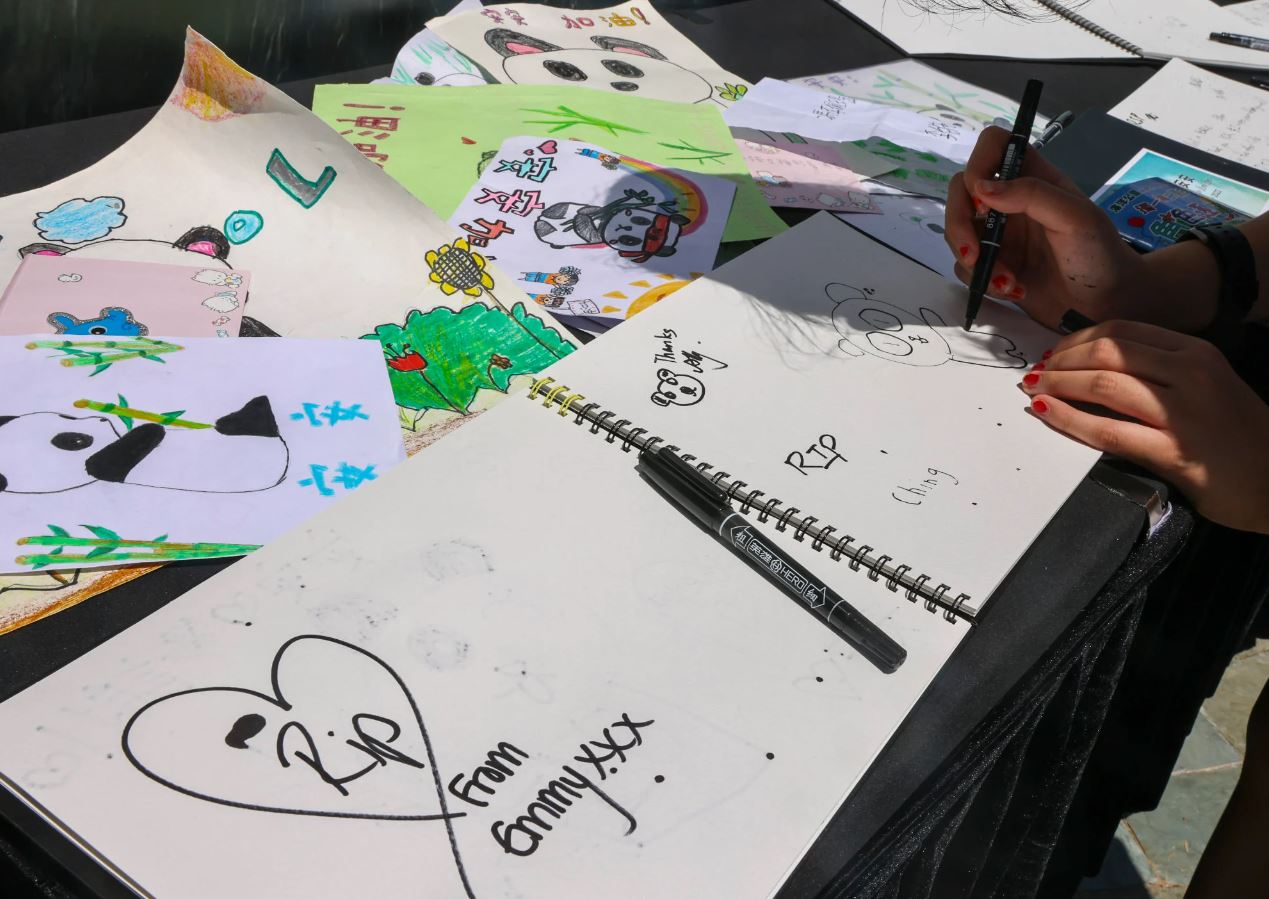 A condolence stand was set up in the afternoon at the compound, where staff had laid white flowers. On a table covered with black cloth, guest books were also placed for visitors to leave tribute messages to An An. The installation included a backdrop showing a photo of the panda eating and the message “Thank you An An” with the years “1986-2022”.

In the compound itself, a small sign was erected with flowers in a playground that An An used to frequent.

Visitor Ana Ma, 10, said: ‘I came here when I was younger and took a lot of photos with An An, I felt really sad when I heard he died . No other panda can replace An An.

Another visitor, Jason Law Zit-sum, 17, also a fan of the panda, said: “I saw the news this morning and came immediately after work at the church. An An was a mischievous panda. When I was younger, I came to visit him with my family. He was really cute.

Law had even visited the park last week, with the panda in poor health.

Last Thursday, the park said the panda had lost its appetite and was in a bad mood. The beloved animal had been kept out of sight of visitors for the past fortnight due to health issues.

For Ina Chan, 40, a regular visitor to the park, the news of An An’s death was particularly harsh since she was at the scene. “When I saw the condolence sign, I felt very sad,” she said. “I always had the impression that he recognized me since I came often. He always stopped to look at me.

“He’s a unique panda… His ears moved while eating, and he always had special poses for visitors.”

Chan thanked the park for its efforts to care for the panda, saying his final message for the animal was to “always be happy in paradise.” 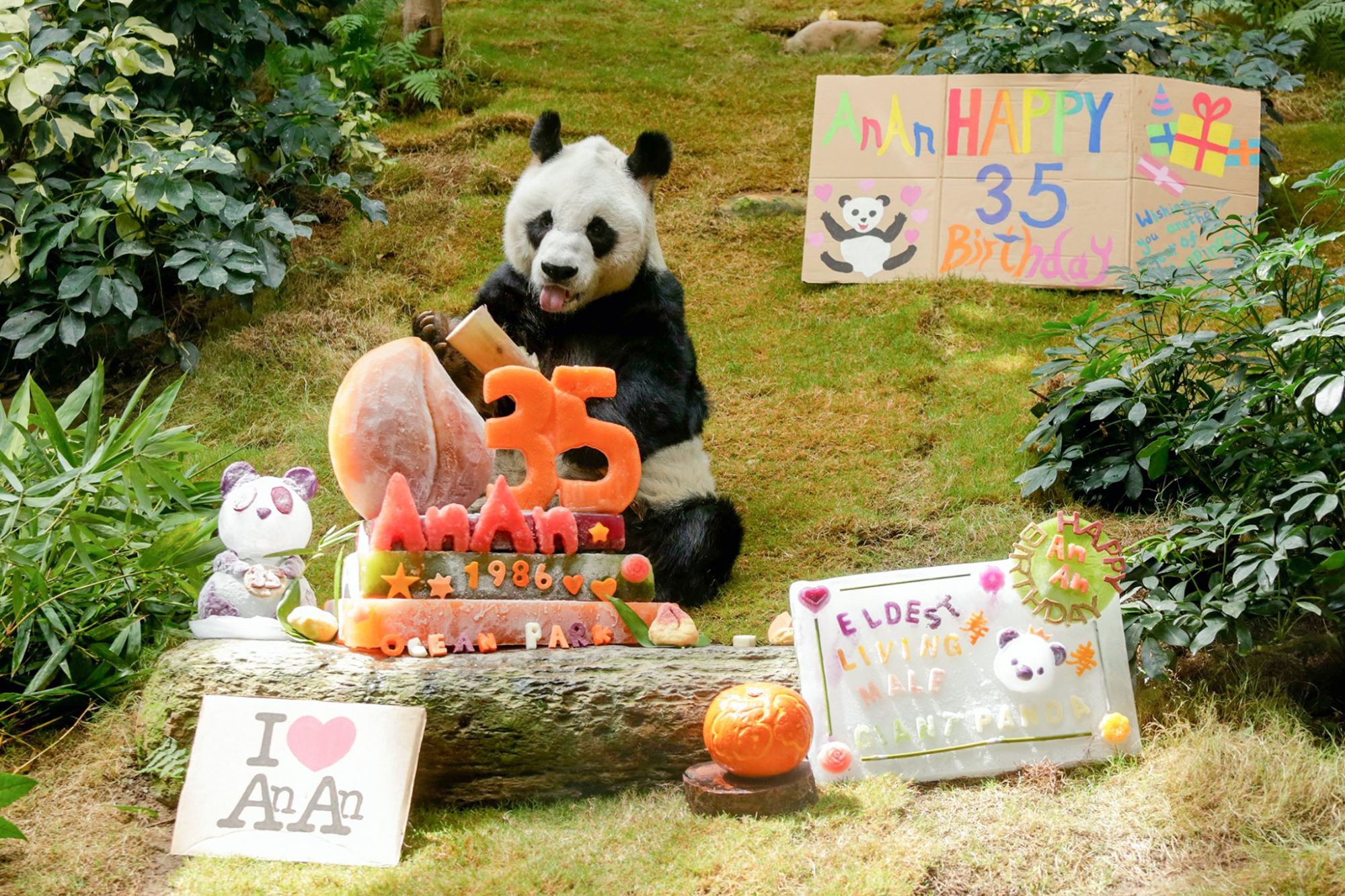 Hong Kong Chief Executive John Lee Ka-chiu last week urged residents to pray for an ailing An An. “I hope everyone can come together and wish the panda good luck,” he wrote on social media.

The animal, born in Sichuan province in southwest China, arrived in Hong Kong in 1999 with a female giant panda named Jia Jia as a gift from Beijing to the city. The latter died in 2016, at the age of 38.

There are two other giant pandas in the park, female Ying Ying and male Le Le, which were donated to Hong Kong by the central government in 2007 to celebrate the 10th anniversary of the city’s return to Chinese rule.

This article was first published in the South China Morning Post.

Extra sand is coming to Ocean Park in Virginia Beach

Virginia Beach city leaders said they don’t know when the project will begin, but it is expected to begin in early 2022. VIRGINIA BEACH, Va. – A recreation project intended to protect properties and quality of life will soon occur in Virginia Beach. City leaders said crews plan to add about 400,000 cubic meters of […]

File photo. Ocean Park issued a pre-qualification invitation on Friday to seek potential partners to co-develop the park through a build-operate-transfer (BOT) model and respondents can submit interest in up to three new areas. The three new zones include the Retail, Dining and Entertainment Zone, the Adventure Zone and the Wellness Zone. For […]